Stuart Freeman: „I didn’t come here for a woman“

subtext.at: It always is kind of refreshing to hear your voice in the morning; where does that catchy energy come from so early in the day when the rest of Austria is still struggling to get out of bed? What is your secret?
Stuart Freeman: Going to bed early for the nation, that is for sure! I work one week, then I have a week off. When I’m working, I got to be consequent as you say in Austria. When I go to a couple of concerts, it gets a bit tiring. What I normally do is have a sleep in the afternoon, that’s the secret. Sometimes, when I can’t have a sleep and I going to a concert in the evening, I make sure I don’t have anything to do the next day, so that I can just chill and relax. But it’s not as bad as it sounds. I get up about four o’ clock. Than in the studio we got preparation at about five; we are “unterwegs” at six and at ten we finish and then we have a meeting which lasts about half an hour to plan the next day’s program and then the producer takes over from there. I get the mail in the evening, look through it and see what we are doing; do some research for myself and that’s it. That’s why I sound fresh…

subtext.at: Your voice was the first to be heard on 104,5 MHZ. How did you get to Blue Danube Radio?
Stuart Freeman: Well, I worked in the business in Britain, worked for radio stations there and I heard about the opportunity working in Vienna so I came out and did a three week contract. The boss at that time liked me and said ‘will I come again’? I did three years working three weeks on and three weeks off. So it was pretty similar to what I’m doing at the moment but longer stretches. When FM4 started back in ‘96, I really liked the music and at that time we couldn’t play a lot music that was being played on the regional stations or the Pop stations.

So it was a bit of a mish-mash of the music, and I wasn’t very happy at the end. But then the boss of FM4 whose music I really liked, asked me to start on the morning show. And I sort of said, well you know, it’s a little bit out of my “Zielgruppe” and she said, well you’re like a teenager anyway and you know all the music, so give it a try. I said, OK, I’ll do it for a year. And that’s been since 1999 and eleven years later I’m still doing it.

subtext.at: And liking it?
Stuart Freeman: Yeah, I love it, I mean it’s great! I don’t think I’ve talked to people in England who work for radio stations and I’ve got to say, I am really happy with about eighty percent off all music, really happy. And the rest of course well you know it’s not always my taste. But for any moderator to say they like eighty percent of the output is quite unusual because if you’re working for a Reggae station or a Pop- or Oldie station there are only certain amounts of music you really like. So that’s how I got here and I’m going to stay!

subtext.at: What are the twenty percent you don’t like?
Stuart Freeman: I’m not a big lover of german hiphop, I’m not a big lover of techno, I’m not a big lover of rap. Although, some of it… I can’t say I don’t like stuff, I mean I like a lot of stuff, that we put out, but not all of it. We got Seed coming to the FM4 Frequency Festival in august and I’ll probably watch a bit of their show but if there is something on another stage, I probably will go to it… I mean, I don’t mind their stuff. That’s about it, the rest I like. Brit Pop, Alternative, Indie… Play it all the time!

subtext.at: Is the morning show always live?
Stuart Freeman: Oh yea, always live! That’s an interesting question, because, people often ask if it’s recorded but it can’t be recorded, we do everything “aktuell”. Some parts are recorded for us. Inserts, prerecorded for instance cinema reviews, concert reviews, things like that. But the rest is all live and of course the news is live too. A lot of people ask the news people if it’s recorded. If there is a catastrophe like in Japan, the death figure is going up every hour… It can not be recorded…

subtext.at: What`s going on in the studio when the mic is turned off and the music is playing?
Stuart Freeman: Yeah Ok, what we normally say sometimes, would be more entertaining if we left the microphones on in the studio when the music is playing. What’s going on? Well a little bit of “Klatsch and Tratsch” sometimes or planning ahead, what’s coming up next. Then we have a music block at six-thirty and at nine-thirty which is pre produced by a production department. Sometimes you get a coffee and if guests are here, they come in first… And just preplanning, what’s coming up in the next half hour. That’s basically what it is. But sometimes there are as you say in Austria “discussions” and that can be quite fun. They’re all good natured in the morning, no big egos, nothing like that…

subtext.at: Was there ever a situation when you thought the microphone was off but it wasn’t?
Stuart Freeman: Yes! (lacht) But fortunately, the microphones are so good and if you’re a meter away it generally won’t pick it up if the music is playing… But I think every presenter is being caught by leaving the microphone up and saying something, for sure…

subtext.at: As a person so close to every day’s news, what is your opinion on the global economic crisis? Have things ever been worse?
Stuart Freeman: Not in my time. (lacht) I suppose in Britain it was pretty bad in the eighties. I mean in Austria I don’t think you have had an economic crisis, I think, you’ve been very, very lucky here. Mainly because people rent their properties, or if they buy a house, they buy a house and they live in it forever.

That is not the case in Britain and America, where it escalated, where people where getting 100% mortgages or credit and then the house was worth less than their mortgage or their credit and they overstretched themselves. That’s one of the main causes. The bank of course collapsing as well because they wanted their money back and people didn’t have the money to give them… I think you’ve been very lucky in Austria. I mean Ok, there is inflation but it’s not that bad. I think it’s safe here. If you buy a house you got to pay fifty percent down here and in Britain they were giving people mortgages. And furnishing it for them too…

subtext.at: What was the most important message you ever delivered on air?
Stuart Freeman: There have been some moments when it’s been very serious, for instance when Thomas Klestil died, I was actually on air that morning… When the pope died I was on air in the morning. That’s a different thing to handle… But nothing else really. I don’t intend to get a message across, I mean I’m just there to make people feel happy and have a smile in the morning! If they do that, than I’m happy.

subtext.at: Do or did you have role models that inspire you on a professional level?
Stuart Freeman: When I first started to listen to music in the radio, I always pictured the guys on the air and wondered what they looked like. And I think that’s the magic about radio. There were some role models… John Peel was a good role model at radio one, a guy called Johnny Walker in Britain when I was growing up and that was really interesting because you have this picture of the presenter; you probably had the picture of me and then, when you see me, I look nothing like the one you think I am… And when I saw this picture of this guy on television, I was absolutely horrified, because he looked nothing like I thought he’d look like.

And that’s why I say, I’ve got the perfect face for radio. When I go out and do a roadshow or a student’s night somewhere in a club I always say: I bet you expected somebody older. And they always say: Yeeeaaah! But it’s great in Austria, people respect you for your musical knowledge and your fun rather than for how old you are. Wouldn’t happen in Britain…

subtext.at: What are your professional goals for the next years?
Stuart Freeman: Keep on working! (grinst) Just to keep on doing, what I’m doing. I have a two year contract and that’s renewed every two years. So I’m just going to keep on keeping on, really. Seeing some great bands, concerts, being on air, that makes me happy!

subtext.at: In your biography it says, that you can call Austria home now. What was it about Austria that got to you?
Stuart Freeman: Well, unlike most of my fellow immigrants, I didn’t come over here for a women. Actually I found one over here! I married her and then we got divorced here in Wels actually. I came here for the wedding and the divorce… Yeah, it is home, it is definitively home, I will not go back to the UK, I was there two weeks ago and it was just horrible, all the shops were closing down and people are out of work and of course all this problems with the mortgages and houses, nobody can sell houses anymore and everybody is complaining.

Well we are complaining here about the price of petrol but it is higher in the UK. I’ve been here for twenty years now and I will stay here, that’s for sure! 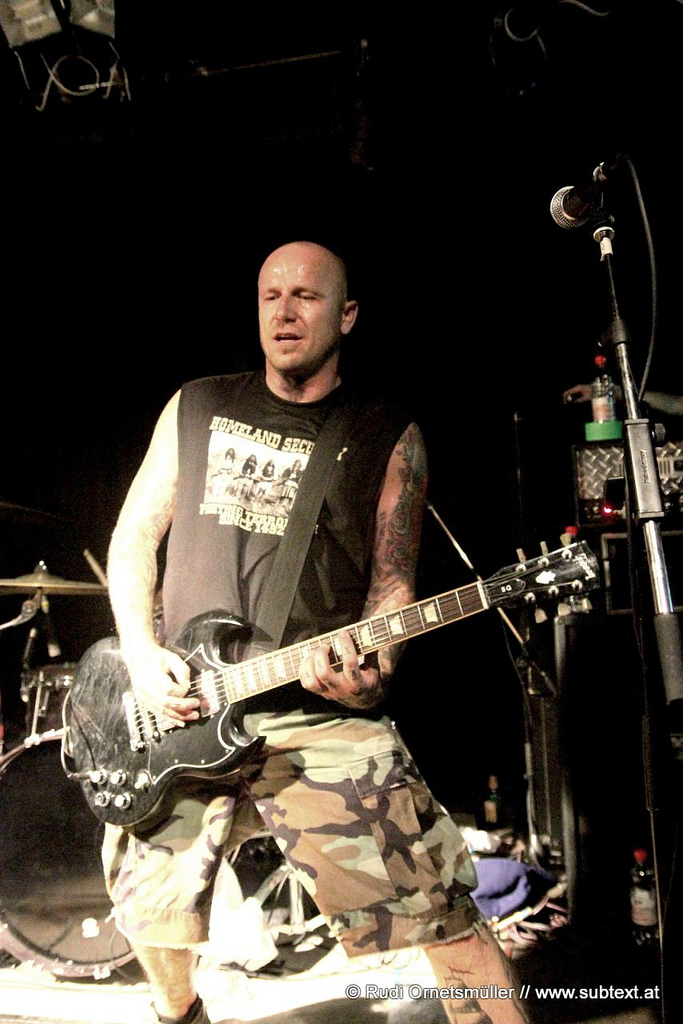 Comeback Kid :“That was one hell of a party“ 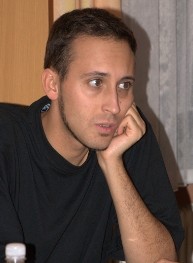 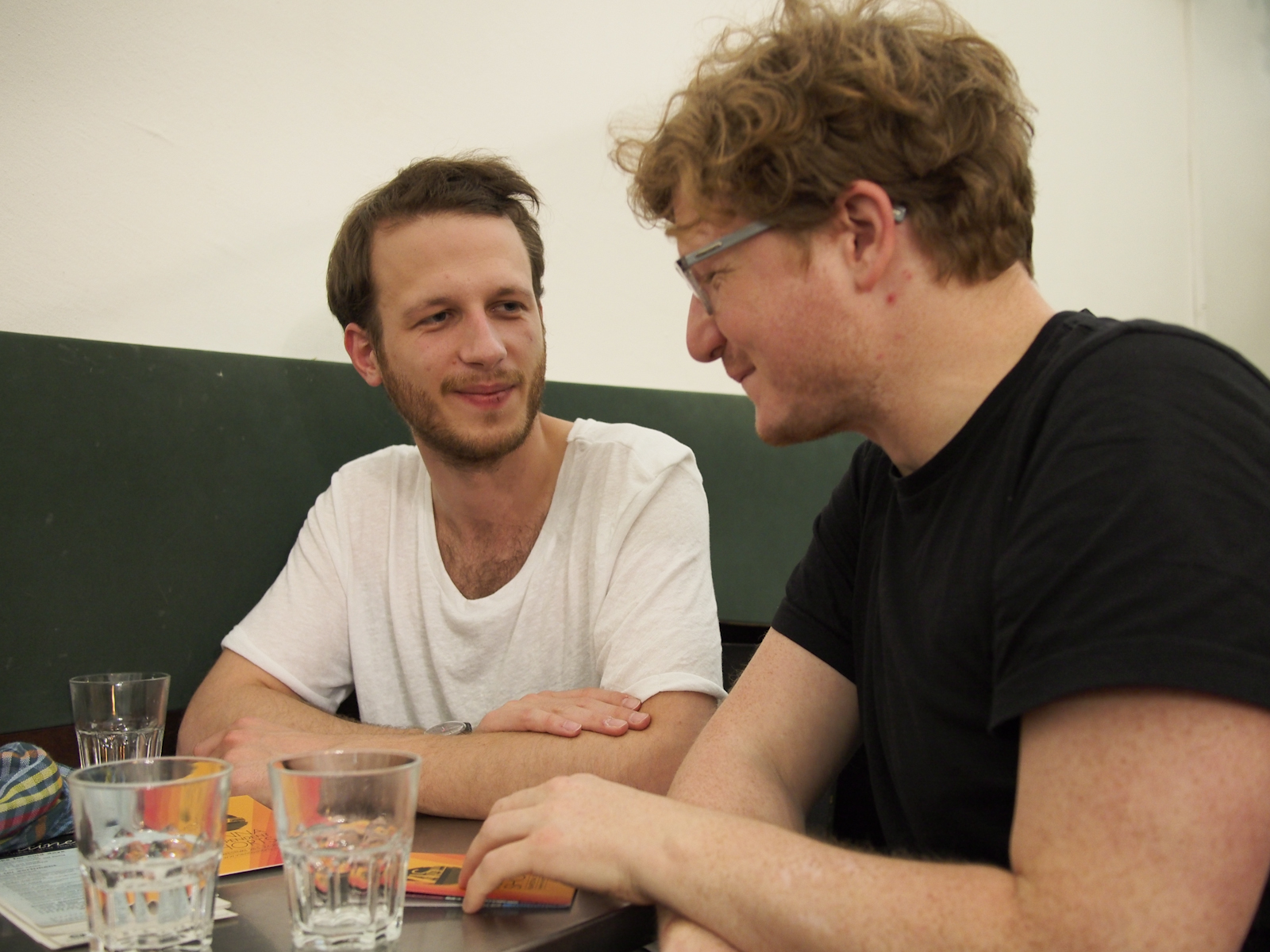